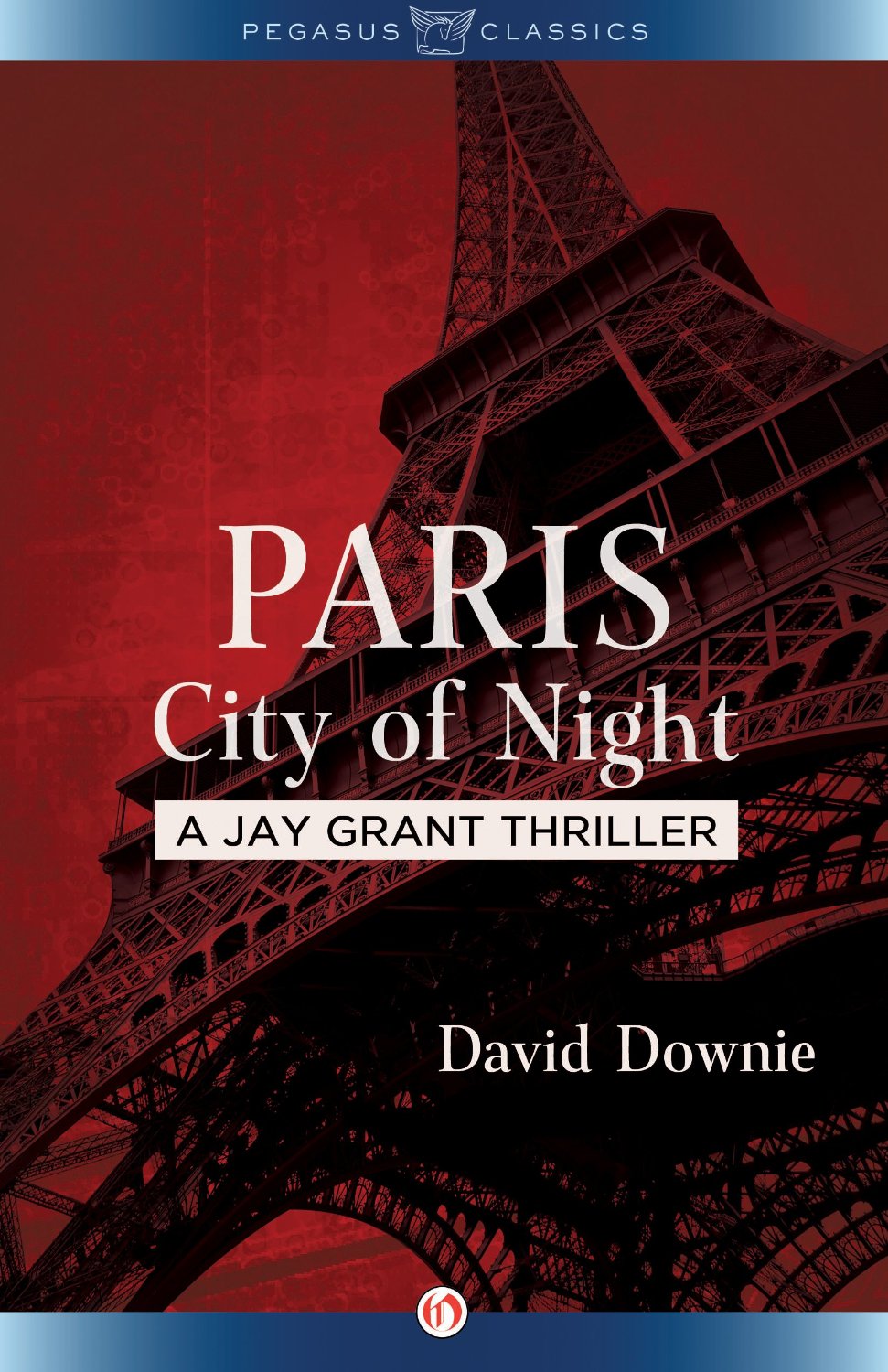 Paris City of Night, A Jay Grant thriller, comes out as an e-book

November is a busy month: on the 5th there's the release of my thriller Paris City of Night as an e-book by Pegasus, then on Nov 15 comes the long-awaited audio version of Paris, Paris: Journey into the City of Light, the perennial little book of essays that could. More on that in the next installment.

The dope on Paris City of Night, the first in a new series of thrillers starring Jay Anthony Grant, alias JAG:

Downie’s classic, Hitchcockian thriller, Paris City of Night provides thrills and chills. It’s available on line as an e-book as of November 5, 2013. To purchase your copy: Amazon.com.


Paris City of Night: the background.

Do you have a favorite thriller? A book, movie or episode from a TV show that still makes you shudder or sweat decades after you first read or saw it? Hitchcock’s The Thirty-Nine Steps or Strangers on a Train, do that to me. I grew up with Hitchcock on the brain, watching his films over and over, and reading Hammett, Chandler and a dozen other entertaining but subversively serious writers of genre fiction, including the great Graham Greene (The Third Man!). My favorite books in the genre are psychological and political thrillers, where the crime and violence play minor roles, serving primarily to feed a mounting tension. Paris City of Night aspires to that ideal.

“A fast-moving, atmospheric thriller. Best to start reading this one early in the evening… unless, that is, you don't mind losing a night's sleep!” —David Hunt, best-selling author of The Magician's Tale

“Un-put-down-able—a real page-turner. No one should miss this.” —Anton Gill, author of the world best-selling series The Egyptian Mysteries

“Stands out brightly above the rest for originality, ingenuity, local color and unputdownableness.”—Barbara Bray

Paris City of Night: the plot

Paris is alluring and seductive, but by no means benign, as Jay Grant well knows. Orange alerts make people trigger-happy. Red and black alerts are worse. They transform the City of Light into a hellish City of Night…

June 18, 1950: The blurry image of escaping Nazi war criminal Adolf Eichmann wells up in a CIA darkroom in pre-dawn Paris.

December 28, 2007: As the countdown to New Year’s Eve flashes from the top of the Eiffel Tower, vintage photography and Daguerreotype expert Jay Grant, “son of a spook,” races to piece together a deadly picture-puzzle. Why were Madeleine and his father William murdered——and whose side is the CIA really on? Someone is trying to kill Jay before he can crack a code embedded on a set of Daguerreotype plates and flush out terrorists plotting to attack Paris. Pursuing Jay through the menacingly dark City of Light are a shadowy recycled Cold Warrior, a sexy Homeland Security officer, and his father William's aged, fanatic former colleague, a man whose mission is no longer beating the Commies but battling radical Islam, even if it means destroying parts of the city he loves…

“A wild ride through the dark side of Paris.”—Diane Johnson