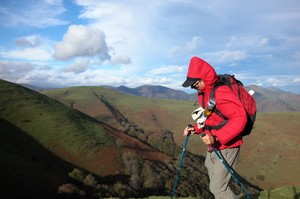 Paris to the Pyrenees: From a Traveler’s Notebooks, post 1 Paris Prelude: Reasons Why

Paris to the Pyrenees: From a Traveler’s Notebooks, post 1 Paris Prelude: Reasons Why

These blog posts are taken directly from my notebooks. They contain much of the material that went into the final version of the surprise bestseller Paris to the Pyrenees: A Skeptic Pilgrim Walks the Way of Saint James. 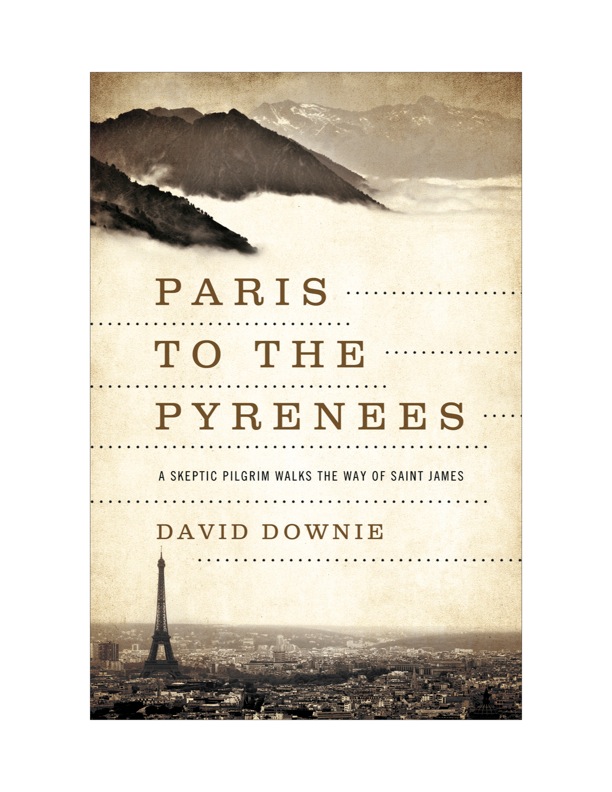 Part adventure story, part cultural history my book explores the phenomenon of pilgrimage along the centuries-old Way of Saint James in France—not in Spain. This isn’t your predictable travelogue. Driven by curiosity, wanderlust, and health crises I set out from Paris my wife Alison Harris to walk across much of France then over the Pyrenees to the abbey of Roncevaux.

Starting on the Rue Saint-Jacques then training to Northern Burgundy we trekked 750 miles south, an eccentric route taking 72 days on Roman roads and pilgrimage paths—a 1,100-year-old network of trails leading to the sanctuary of Saint James the Greater. It is best known as El Camino de Santiago de Compostela—“The Way” for short.

The object of any pilgrimage is an inward journey manifested in a long, reflective walk. For me, the inward journey met the outer one in a combination of self-discovery and physical regeneration. More than 200,000 pilgrims take the highly commercialized Spanish route annually, but few cross France. We had a goal: to go from Paris over the Pyrenees on age-old trails, making the pilgrimage our own maverick way. The book includes 32 pages of evocative color photographs by Alison Harris. She has generously provided the images that appear with these posts.

Paris Prelude: Some Straightforward Reasons Why I Walked 750 Miles

I nearly died. My GP in Paris confirmed I had hepatitis compounded by steatosis—a turbo-charged “liver crisis.” I shook my head, not recognizing the term steatosis. “Your liver,” explained the doctor, showing me the sonograms, “is shot full of fat, marbled with fatty veins and pocked with fatty globules.”

I don’t often blush, but not even the scruffy beard I’d grown to hide my jowls could cover their redness. “I drink plenty of red wine,” I protested.

“That may be the problem.”

“So much for the French paradox,” I quipped. “Never believe propaganda.”

The doctor lifted his right eyebrow into an acute accent. He was handsome and thin and fit and probably ate and drank more than I did. But he was French and healthy and I was American and destined to a lifetime of grossness.

“Strictly no alcohol for a year, Mr. Downie,” he said. Then he paused. “Your liver is in a pre-cancerous state. You’re also obese and suffering from chronic pain.”

This wasn’t news to me or the doctor. He knew me well—and it made me nervous. He’d seen my right eye go out like a headlamp from optic neuritis and, several years later, when I’d swung in on crutches, he had arranged for emergency knee surgery. “If you lose 50 pounds you might find your outlook will brighten and your eyes hurt less,” he said calmly. “Your knee and back problems might disappear. It’s up to you.”

As I mounted the worn wooden staircase to our fourth-floor walkup in the Marais my blurry mind’s eye saw Vitruvian Man spread-eagle in a circle. Cartoon bubbles described parts of the man’s wrecked body—my body. There was the right foot reconfigured by a station wagon in 1977. It had helped ruin joints from my toes to my rubber neck, ganging up with a gymnastics accident to demolish my knees and ending my days as a cross-country runner—admittedly a lousy, hopeless runner but still. The many-times broken ribs that had never healed came from karate. I had been decorated with the World’s Worst One-Eyed Black Belt Award several years running. Ditto the spinal compression. The bubbles pointing to my head and heart held large question marks.

Terrified by the thought of having a green, fat-pocked liver, I knew I would have no trouble staying off booze for a calendar year. But how to lose all that weight and reinvent myself?

The answer came in a twinkle, in a twitch, really. Simple: I’d diet while walking across France. I’d follow ancient trails crisscrossing the country. I’d seen and walked on many of them in the quarter-century I’d lived in Paris.

Had this been a movie the director would’ve cut to an average-height fatso with a walking stick and a satchel, kissing his lithe, pretty wife goodbye. From the couple’s apartment the guy would shuffle out of frame to the banks of the Seine, the Eiffel Tower silhouetted behind—an unmistakable establishing shot.

But this was not a movie. In reality I could no more drop everything in my life and cross France on winged foot than I could metamorphose from a banana slug into a butterfly.

I began sticking pins into innocent survey maps and gloating over every B&B reservation. I figured I could do 10 miles a day with minor discomfort, 15 on level terrain in cooperative weather. I knew I could. I knew I would. I had to. No one but me understood why. No one knew that at least some of the reasons for setting out on this numbskull pilgrimage ran deeper than my liver, belly and eyes. Okay, I wasn’t sure what they were. I’d sensed them nagging at me for years.

What if, I asked myself as I shaved one morning frowning at my triple chin, what if I took my lifetime’s worth of philosophical, religious and scientific skepticism, stacked the components into a metaphorical one-eyed, one-dollar Masonic pyramid with Reason at the top and Knowledge at the bottom then tried to determine if it were possible to be nearly as skeptical of skepticism as of religion, spirituality, freemasonry, conspiracy theory and myth. Might I be a “skeptical skeptic,” a fallen atheist? Atheism and its certainties had always been so comforting.

Granted, organized religion seemed to do the world about as much good as malaria and WMD combined. A sardonic miscreant such as I, someone who’d long hoped the Vatican would be toppled by earthquakes or deluged by the Tiber, might not be able to participate fully in the god-fest of pilgrimage. But at least I could get closer to understanding it—and maybe come away with better relations between me, my friends and family.

This sounded like the kind of self-delusional material my recently deceased father called “manure” and shoveled under the rhododendrons back home. Even without the benefit of psychoanalysis or happy pills, I knew enough not to believe my own lies. The fact was something strange had started up inside me on a level I couldn’t reach—not by my limited intellectual means. And I found that distressing. My life had twisted itself into a Gordian pretzel, the killer kind that choke. It seemed to me that whether fat or thin my only hope to break the pretzel and get it out of my throat was to walk the walk.

“Evocative and moving… Downie’s quest is unconventional in tone and spirit as well as route. A lively wordsmith, Downie brings a deep and impassioned knowledge of French history, culture, and language to this pilgrimage. He also brings something more, a longing that he himself can’t pin down at the beginning… they encounter a memorable succession of taciturn, deep-rooted local farmers and gregarious, transplanted-from-Paris innkeepers. They also encounter the multi-layered, interweaving pathways of French history, commerce, religion, and spirituality—and manage to tuck in a few sumptuous celebrations of French food and wine, too. The result is an extraordinary account that illuminates France past and present and casts a light on something even greater: the truth that, however we choose to label our journey, we are all pilgrims on a common quest, to answer why we wander life’s question-paved path.” (Don George – National Geographic Traveler)

“In the tradition of Patrick Leigh Fermor, David Downie takes off on foot. Such a rigorous, slow journey—the polar opposite of airport-to-airport travel—gives him the gift of time, and the chance to absorb, taste, and experience the places he sees. Downie’s adroit, learned, and ambitious book re-invigorates my sense of travel, taking me back to the happy knowledge that the world is still large, and history unfathomably deep.” (Frances Mayes, author of Under the Tuscan Sun)

“Profound. A witty and intelligent spin on the spiritual-journey motif.” (Kirkus Reviews)

Order the hardback of Paris to the Pyrenees:

Order the e-book of Paris to the Pyrenees:

Order the audio book of Paris to the Pyrenees:

Order the paperback of Paris to the Pyrenees, it comes out in April 2014!