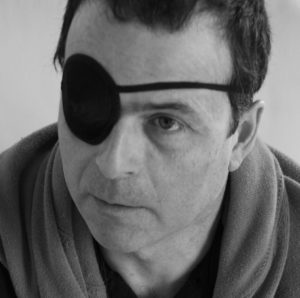 Here’s the official version of me:

Award-winning author David Downie grew up in the San Francisco Bay Area, lived in Rome as a child, studied abroad in Italy, and graduated from UC Berkeley then Brown University. He lived for a time in the High Sierra of California, working at a ski resort.

Downie moved to Italy and France in the mid-1980s. For several decades, his newspaper and magazine writing appeared worldwide in dozens of publications. He’s the author of nearly 20 fiction and nonfiction books, several of them translated into French, Italian, Chinese, and Korean. Downie divides his time between Italy and France.

For info and interviews about FOUR OF CLUBS, please contact parispundit@gmail.com

Recent nonfiction works by David Downie include A Taste of Paris, winner of the Gourmand Award for best American food/travel book, and A Passion for Paris: Romanticism and Romance in the City of Light, both published by St. Martin’s Press.

Other recent nonfiction works include two critically acclaimed books about Paris and France, Paris to the Pyrenees: A Skeptical Pilgrim Walks the Way of Saint James (April 2013), a National Geographic Traveler pick-of-the-month; and the evergreen volume of essays, Paris, Paris: Journey into the City of Light (now into its 10th printing). 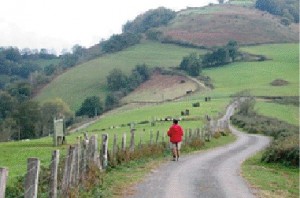 Atop the Pyrenees, ready to dodge shotgun blasts.

Those are hunter’s blinds…

Read all about it in Paris to the Pyrenees. 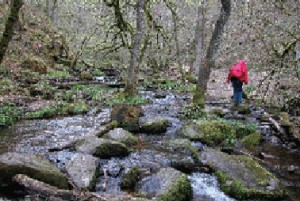 A hop, skip, and a jump to cross the Canche River in Burgundy, one of my favorite lethal spots as we trekked from Paris to the Pyrenees.

Taking notes, a professional vice, this time in a forest near Bibracte.

Life is dog-eat-dog but occasionally there’s also time for cats that don’t eat cats or dogs.

In Berkeley, on book tour for Paris, Paris, working away as usual.’

at the famous del Tortellino, learning from the serious pros. My first TV appearence? (Truth is, I’m not sure I made it on the tube. That camera was trained on the tortellino I was making, and boy were those tortellini famous!)

This specimen is at least 500 years old according to a local we interrogated as we trekked from Paris to the Pyrenees.

“David Downie is the master of educated curiosity.”

Watch a video of “national treasure” Paula Wolfert introducing me at a book event at Reader’s Books in Sonoma, California.

Profiles, interviews, snippets about David D. Downie (please feel free to send me links if you find anything new or interesting or wonderfully obnoxious):

David D. Downie according to Wikipedia

Listen to an interview about the book with NPR radio host extraordinaire Jacki Lyden on Weekend Edition Sunday.

Listen to David while he’s walking across Paris on the pilgrimage route with NPR’s Paris correspondent Eleanor Beardsley.

Listen to David talking to Sheila Hamilton of “Speaking Freely” on KINK FM in Portland.

David interviewed about Paris to the Pyrenees in April, 2013 by My French Life.org

Ditto, by Janet Hulstrand for BonjourParis.com

Bonjour Paris features David as Person of the Moment

The Browser interviews David about Paris and books

Paris Imperfect talks to David about Paris and Paris, Paris

Lost in Cheeseland and its Franco-file-Friday interview

The American Library in Paris profiles the author of Paris, Paris

Ichef on Downie and his award-winning Cooking the Roman Way

Redroom profile of Downie (like others it needs updating!)

Just Another American in Paris blog talks to Downie