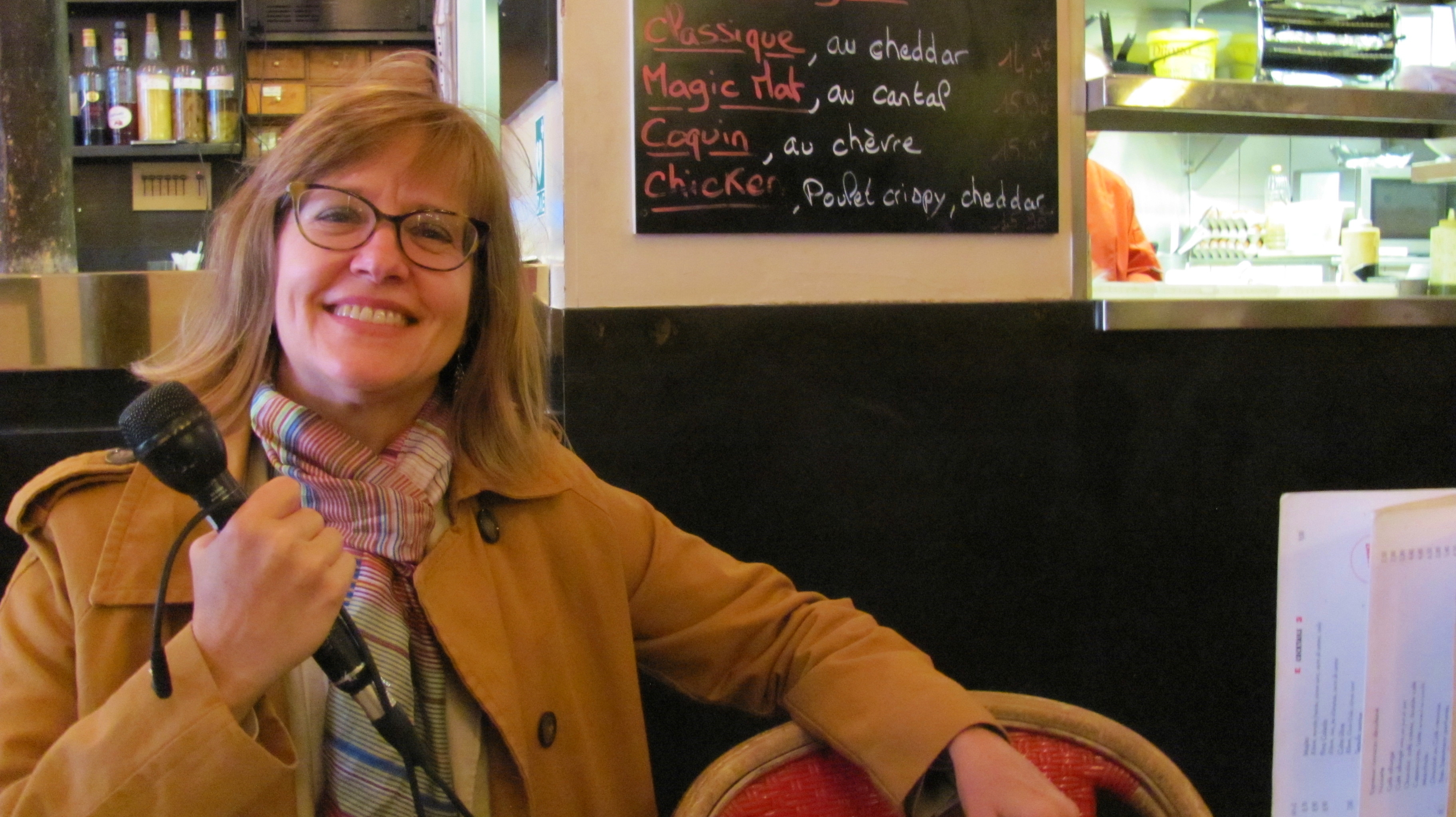 A Taste of Paris: How the City of Light became the City of Food, with NPR’s Eleanor Beardsley

Click to listen to NPR's Paris correspondent Eleanor Beardsley as she hits the streets of the City of Light with author David Downie in search of why, how, when, where and with whom Paris became the great food city of the Western world… You can also read the transcript and see more images of food, markets and Paris.

Here are some behind-the-scenes pictures I shot of Eleanor Beardsley at work in an open market, at shops, over coffee, and at lunch with yours truly.

Eleanor Beardsley mike at the ready, Cafe des Phares, before we plunge into the Boulevard Richard-Lenoir market

Aw shucks! Gleaning pearls of wisdom from the oyster man of Boulevard Beaumarchais

Stuff that didn't make it into the radio report: Horse flesh, still popular in Paris… hot to trot? The taste is too sweet for me.

Fungus, anyone? Eleanor manages to coax a few words out of the wild mushroom seller and his bosky customers

It's tricky to get some people to talk and even harder to get them to give you their name… no name, no can use in report!

Down to earth shopping: each of Paris' dozens of open markets is popular with all classes. The real deal. Not a picturesque farmers market for bobos, with outlandish prices…

Lunch anyone? My favorite place to chow after the market. Everything is house-made and fresh.

Read all about it in A Taste of Paris: A History of the Parisian Love Affair with Food

Listen to Eleanor Beardsley's NPR report on The Salt