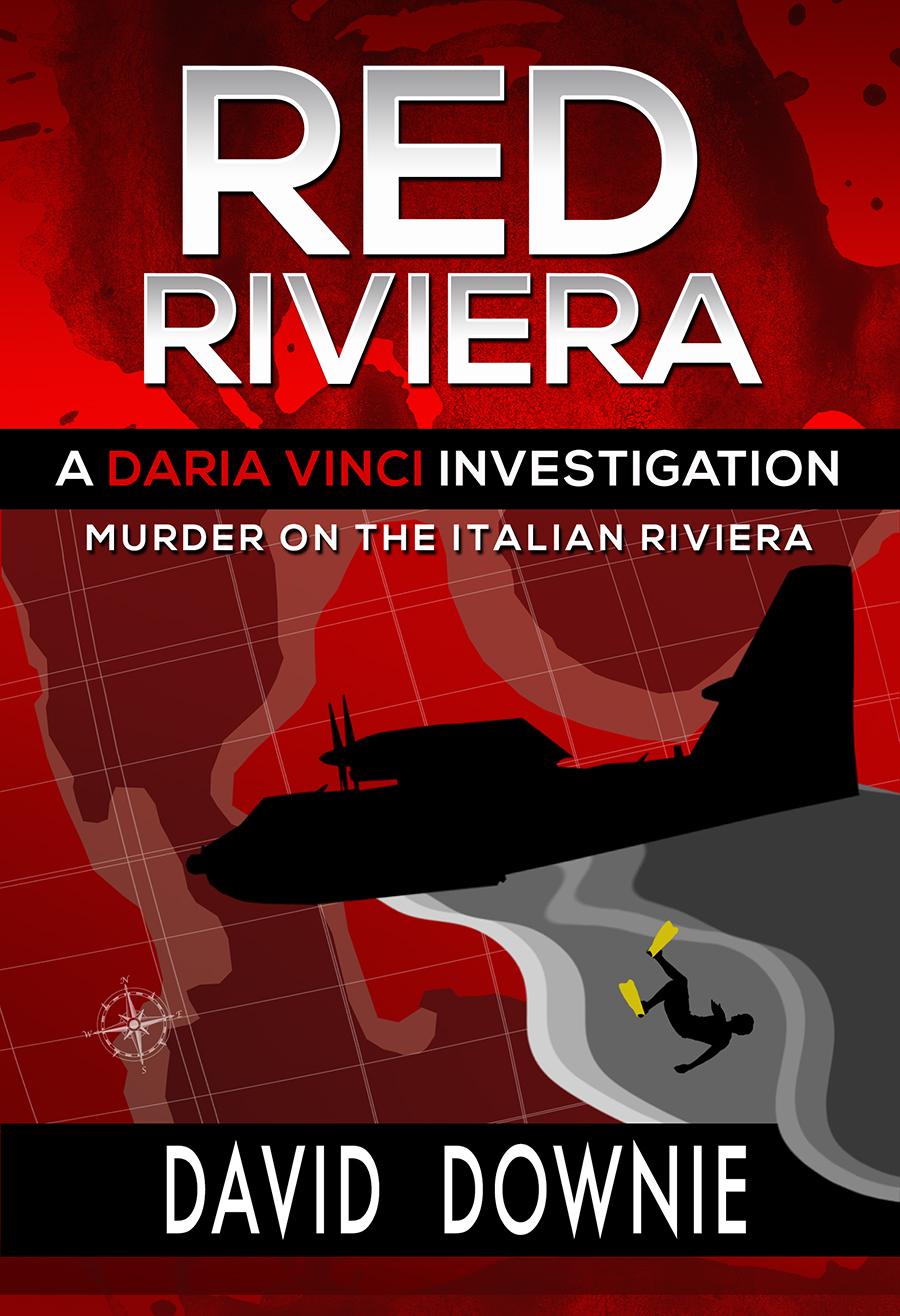 Its jaws open wide, a firefighting seaplane skims the glittering Gulf of Portofino on Italy’s jagged Ligurian coast, scooping up seawater, unlucky anchovies and a lone swimmer named Joe Gary. The superrich, retired Italian-American spook has mob connections and a dirty political past… Has he been snatched by accident or murdered?

Red Riviera is Commissioner Daria Vinci’s first investigation, a wild roller-coaster ride from the tangled trails of the Cinque Terre to glamorous Portofino and roughneck, roistering Genoa. It’s a Riviera made red by riotous bougainvillea—and the blood spilling from bags stuffed with butchered bodies.

Half-American, Daria Vinci is an outsider, the unlikely rising star of Genoa’s secretive Special Operations Directorate DIGOS. In Red Riviera, she must face down a Fascist police chief and fanatical coup-plotter, the CIA’s creepy local mastermind, a former World War Two Spitfire fighter pilot, and a plucky hundred-year-old marquise whose memory is as long as it is vengeful.

“A shocking premise, a stunning locale, and a complex web of history, politics, and crime “

“The most high-spirited, well-informed and exuberantly written thriller I’ve read in a long time––plus it’s funny as all get out. Commissioner Daria Vinci is unstoppable, even impersonating a corpse and almost freezing to death. Unforgettable, a gem!”

Marvelous! Red Riviera is so well plotted, so sensitive to the present and past Italian history, so deep in characterization. I want to see more of Daria Vinci, Inspector Morbido, and that 100-year-old Marquise! What a cast. A grand, unputdownable read until the lights go out.”

Red Riviera is wonderfully atmospheric, showcasing author David Downie’s intimate knowledge of all things Italian – the landscapes, cityscapes, and social mores, all drawn with the lightest of touches.”

Anton Gill,  international bestselling author of The Sacred Scroll, City of Gold and Into Darkness

Red Riviera had me in its clutches from the start – and refused to let go. I gasped. I laughed out loud. And that was just the first chapter! A shocking premise, a stunning locale, and a complex web of history politics and crime.

Mathew Félix, award-winning author of A Voice Beyond Reason

If you like Aurelio Zen, Aimee Leduc, and Inspector Brunetti, you won’t be able to put down this captivating first adventure of Commissioner Daria Vinci