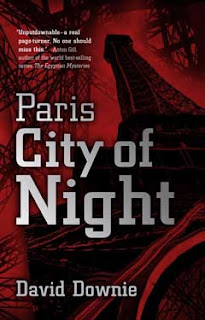 It’s worth asking whether we as individuals are capable of learning from the past. George Santayana’s celebrated aphorism, that “Those who cannot remember the past are condemned to relive it,” is as apt as ever. Apply it as you like to economic meltdowns or failures of security and intelligence.

Why would anyone want to attack the ?

In a September 24, 2001, article titled Terror from the sky, by Rohan Gunaratna (published by Jane’s, the world’s self-styled “leading Open Source Intelligence provider”), the author notes that, “The unprecedented multiple attacks on high-prestige US targets on 11 September 2001 exposed the vulnerability of that state to the suicide terrorist threat.” Unprecedented? It wasn’t the first time someone had tried. “The only previous attempt by a terrorist group to use a passenger airliner to mount an airborne suicide attack was in December 1994,” Gunaratna continues. “To punish for its assistance to the Algerian government and to draw international attention to the Algerian conflict, the Armed Islamic Group (Groupe Armée Islamique – GIA) hijacked Air France Airbus A-300 Flight 8969 in on 24 December 1994.”

Forty of the 227 passengers were French. The GIA released a few women and children and then murdered three passengers. Only after this did the Algerian authorities allow the plane to fly again, heading for . “The intention of the GIA cell,” reports Gunaratna, “led by the 25-year-old Abdul Abdallah Yahia, alias Abou, was to crash a fully fuelled plane into the in the heart of .”

The GIA was thwarted, of course: the still stands. But fifteen years after the failed attempt, and despite 9/11, the details of this episode are still unclear. Why?