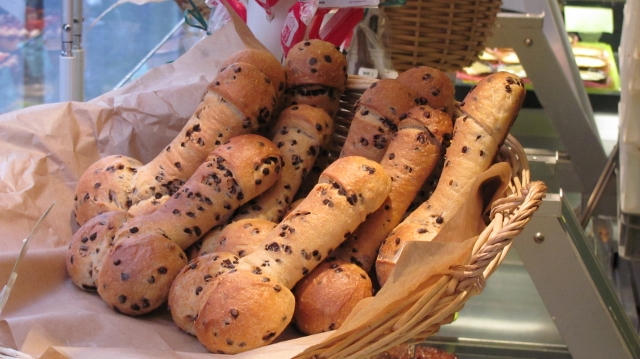 It's a steal! Will this crook be the next French president?

Or will it be the charming neo-Nazi and Trump surrogate?

Or will the next Fearless Leader of France be an upright brioche? (Remember: Marie-Antoinette did not say "cake" she said "brioche")

Having visited a polling station this morning to do our civic and democratic duty we threaded our way across the Marais, passing through the gay district and discovering a new and surprising bakery: www.legaychoc.fr. Quel choc!

Talk about choc and awe…

Intrigued by the window displays–provocative to say the least–we smuggled out a purchase and continued our election/erection day wander… winding up in St-Germain at one of my cafe-offices, Cafe de la Mairie… where we choc-ed the waiters by wielding our brioche!

We promptly devoured the obscene brioche… do you dunk, dear?

Enjoy A Taste of Paris, a veritable feast for the eyes (and soul)!!